If the last post is over 6 months old, it may instead be a better idea to start a new topic. If you aren't sure about what to do, feel free to ask a staff member for help, or try to locate a 'general questions'-type thread if it exists in this (sub-)forum.
Oct 8, 2011 at 8:36 AM

Cripplechair said:
That's what I like to hear! I had planned to do a project like this before a long time ago, but I didn't (and still don't) know how to make models, and probably never will. If you like, I'd be happy to pass on that texture to you. Feel free to use it in any way you see fit, edits included.

Thanks, I very well might find a use for it.

In return, this may help you:

I'd be COMPLETELY clueless on modelling and compiling into Source without this tutorial.

EDIT: Hey Cripplechair, you sprite, right? Made that awesome icon you're using? Can you make me one of those, but with the Demopan? I dunno, I think a Cave Story-styled Demopan would be great
Oct 8, 2011 at 9:42 AM

And sure thing, I'll give it a shot. Just don't expect to see it for a bit, I'm... not the most expedient person around.
I sprite! On a whim. Sometimes I do requests. I'm currently 'working' on my Flipped Races project.

Games I have contributed to:
Misery Story, by Schmitz/LunarSoul
Jenka's Nightmare, by LunarSoul
King: Strife and Sacrifice, by Noxid
Community Deity Project
Probably a few others I've forgotten 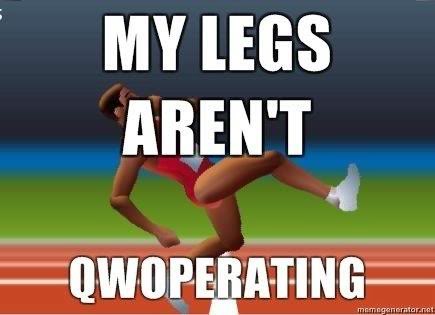 Cripplechair said:
Hey, thanks. If I find the time to learn modeling, I'll use this guide.

And sure thing, I'll give it a shot. Just don't expect to see it for a bit, I'm... not the most expedient person around.
Click to expand...

Absolutely. It's the best tutorial around.

"Wow! The more I drink of this magical beverage, the more games I can play! Wheee!"
Join Date: Oct 7, 2011
Location:
Posts: 24
awesome new texture for the Super Missile

But how will the Soldier shoot the gun if there is no trigger? Also, will you be able to see him actually load the rockets into the gun, or will his hand just tap the end?

But how will the Soldier shoot the gun if there is no trigger? Also, will you be able to see him actually load the rockets into the gun, or will his hand just tap the end?

Edit: It would be very nice if not only you could see the rockets loaded into the gun, but they were orange; like they were originally in Cave Story.
Click to expand...

allow me to explain a few things: There is no trigger because the model isnt quite done yet. the modeller is still working on it.

The soldier will pat the rocket launcher, because thats how c_models work. See, the c_model just reuses animations of the other rocket launchers, so that cant be fixed. all rocket launchers are like that, ergo, the Super Missile will as well
Oct 11, 2011 at 6:20 AM

cultr1 said:
Wow, I'm really digging these cell-shaded textures :3
Keep it up, I'm pumped to see what thing you guys put out next, regardless of whether or not I play tf2.
Click to expand...

The pack is actually almost finished. Jalcober told me the Super Missile is almost done, and I heard Tal will finish the Spur around friday
Oct 16, 2011 at 8:18 AM

"Wow! The more I drink of this magical beverage, the more games I can play! Wheee!"
Join Date: Oct 7, 2011
Location:
Posts: 24
Sorry for the lack of updates. Progress is slower than I would have liked, but it's still sexy as ever:

"All your forum are belong to us!"
Join Date: Dec 31, 2010
Location:
Posts: 560
This TF2 pack has inspired me to download it again.
I'm a beta tester who spends almost all my time on the PC, so I can answer requests very quickly. As for my beta testing skills, I like to say I exaggerate it but it still pays off.

"All your forum are belong to us!"
Join Date: Mar 9, 2011
Location:
Posts: 629
Ooooh, what a nice hat. Should the headphones (I can't think of the right word) be slightly angled backwards?

Cave Story said:
Ooooh, what a nice hat. Should the headphones (I can't think of the right word) be slightly angled backwards?

Edit: Also, will a metal plate be added to the front of the hat, with a pixelated Ikachan or Curly Brace engraved into it? That would be a nice detail.
Click to expand...

The ears are angled back, the screenshots dont show it too well

Oh balls! I really wanted to put the CURLY *BRACE logo on it, but I forgot. Also, it was Jalcober who did the model unwrap, and the way he did it, the plate is two halves using a mirrored texture, so it wont work so good now... 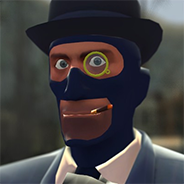 BurnedKirby said:
This. Is. Win.
I applaud you good sir.
Looking forward to seeing the rocket in action.

Thank you very much. Also you and I both. Jalcober is doing the missile launcher, so I know about as much about it as you. I cant wait to try it, either!

Speaking of Jal, check out what he made

"Wow! The more I drink of this magical beverage, the more games I can play! Wheee!"
Join Date: Oct 7, 2011
Location:
Posts: 24
[quote name='Nicalis' Twitter Page']Steam passed on the game--take it up with them

However, you can get the PC or Mac versions directly from us or other distributors.[/QUOTE]

Well... that's that. So much for my plan. I haven't quite given up, yet. I already sent an email to both Nicalis and Valve Software to see if it'll do something, but at the moment, I'm absolutely depressed at this news.
Oct 21, 2011 at 5:39 AM

"Life begins and ends with Nu."
Join Date: Apr 19, 2009
Location:
Posts: 3788
Age: 14
Where exactly did they say that? @Nicalis didn't. I also don't understand what that quote is saying—Steam is a sentient being that refused to let Cave Story+ defile its tubes?

Captain Fabulous said:
Where exactly did they say that? @Nicalis didn't. I also don't understand what that quote is saying—Steam is a sentient being that refused to let Cave Story+ defile its tubes?
Click to expand...

... You raise a good freaking point! I watched the official Twitter for the guys, and I only knew of this because I got a link from some guy at TF2Mods. So if this IS some sort of fake, then I'll be happy, yet annoyed, both at the same time.

Sort of. Steam is Valve's thingie. Pretty much whatever riffraff is on there is at their discretion (also the reason they do TF2 crossover titles with STEAM titles). Although for a platform that re-released chucklef**ingly meh Sega Genesis title "Sonic 3D Blast", I can't understand why they would turn down a legitimately good and popular game like Cave Story. Access to the upgraded, improved version to those without a Wii, or don't have Wifi for the moronic Wii online system.

Oh well, at least this spurred me to send emails to both Valve and Nicalis, so either they'll find interest, or think I'm a total loon. Only time will tell

EDIT: Okay, now I feel seriously stupid for not noticing this sooner. To answer some perplexed questions, the link of the post is here:
http://twitter.com/#!/nicalis/status/22113240733450240

... And it's from freaking January. I couldn't feel any dumber if I tried to order cake at a bicycle shop. I don't even know where the guy who showed me this found his reference, but there is no absolute way this could be related to Cave Story steam. ESPECIALLY when they said they were almost done with it about a week ago. It's like they just tried to google "Nicalis Steam Cancelled", trying to find something to kill my buzz. And it did, temporarilly, and part of me totally wants to get pissed, but I'm at least glad the game is still coming. Also I still have a chance to get this pack rolled into an official TF2 update blunt.
Oct 24, 2011 at 7:16 PM

"Wow! The more I drink of this magical beverage, the more games I can play! Wheee!"
Join Date: Oct 7, 2011
Location:
Posts: 24
Not much in the way of updates, but I assure you all work is going as well as ever.

So here's a little something for you guys: 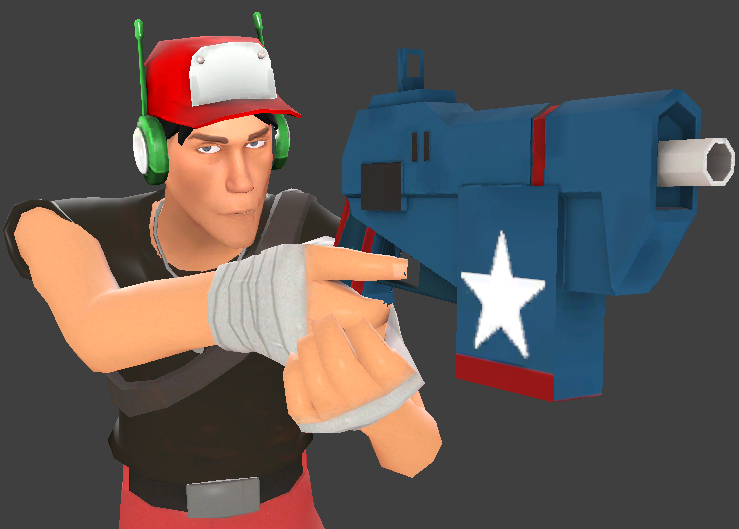 Also enjoy that Polar Star while it lasts. Jalcober and I are gonna re-do the texture, and it will be awesome
You must log in or register to reply here.
Share:
Reddit Pinterest Tumblr WhatsApp Email Link
Top