If the last post is over 6 months old, it may instead be a better idea to start a new topic. If you aren't sure about what to do, feel free to ask a staff member for help, or try to locate a 'general questions'-type thread if it exists in this (sub-)forum.
Apr 18, 2013 at 10:16 PM 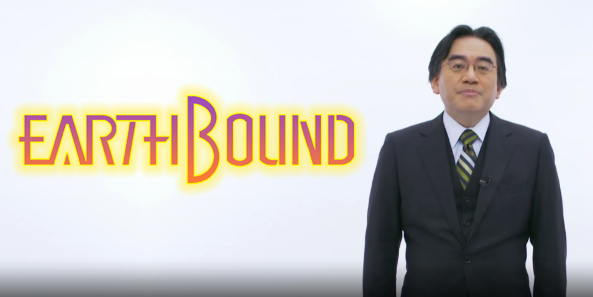 Hey all, I was on my way to checking my account on the Starman.net forums, and on the home page, I got the news that, after spamming gentle persuasion of the Mother 2 VC Miiverse page by dedicated fans, EarthBound, after years of petitions and emails to Nintendo of America(later, to Nintendo of Japan), is finally gonna be released in the west as a Virtual Console game after almost 20 years after it's original release on the SNES.

Little known fact about me, I have a huge place in my heart for the EarthBound/Mother series. I first played the game via ZSNES emulator about 2 years ago and that was when my love affair with this frequently overlooked series was born. The story, the quirky charm, the contemporary setting, and one of the most disturbing boss battles in game history, all coming together into one plastic package? What could've been better(well, egg sandwiches are a teensy bit better, but I digress)? But what about you? How do you feel about this milestone?

And finally, with the re-release of this game to western shores, I hope that this game creates new fans of the series, and for the veteran fans, a trip down memory lane to relive old adventures.

Heck, I'll even throw in an official press release for good measure

"You know there's a problem when you look at your mod's characters and automatically start pondering ways to murder them" -MagicDoors, CSTSF Quote Origin

"NO!!! YOU ARE ALL SHOES!!! SHOOOOOOES!!!!" -Pilot, Romantically Apocalyptic

My Steam profile. Though I'm hardly on it because my fossil of a laptop slows the games to naught but a stuttery crawl.
Apr 18, 2013 at 11:42 PM

Awesomesauce to the max!

And with the VC release of Earthbound, we might even see a release of Mother 3!

Well, one could dream, right?
★Hi! I'm a signature. Times are scary, but remember, even some cyberpunk stories have good endings! Do whatever you can to keep yourself going forward, in some style, with some good spirits, helping where you can~!★

"Run, rabbit run. Dig that hole, forget the sun."
Join Date: Jan 24, 2011
Location: South Florida
Posts: 1367
Age: 25
This is great news to me. I tend to never use emulators unless I own the game/ it's insanely expensive. Earthbound is pretty expensive, but I've heard great things about it and I was willing to risk waiting for a re-release to play it in front of a TV. So yeah, I'm pretty excited. I'm guessing I don't need to know the story to the original Mother to understand the story to Earthbound.

"I, Ikachan. The Life and Documentary of the OrigiNAL SQuiD."
Join Date: Jul 21, 2012
Location: Valley of the Fallen Star
Posts: 177
Age: 22
I was a bit confused when you brought up Earthbound 2, but I remembered. (Mother 3 basically)
@TPcool You don't need to play Mother/Earthbound Zero. It's a good start, but if you don't start with it and you decide eventually to play through the entire series, Mother/Earthbound Zero will be tough to get through. (It's your choice though, I went through Mother 3/Earthbound 2 first and the switch to Mother 2/Earthbound was hard...)
Apr 19, 2013 at 7:15 PM

Edit: Oh okay, I see what you mean. Yeah, when I heard the news, I thought I could hear a heavenly choir singing in the background

"You know there's a problem when you look at your mod's characters and automatically start pondering ways to murder them" -MagicDoors, CSTSF Quote Origin

"NO!!! YOU ARE ALL SHOES!!! SHOOOOOOES!!!!" -Pilot, Romantically Apocalyptic

My Steam profile. Though I'm hardly on it because my fossil of a laptop slows the games to naught but a stuttery crawl.
Apr 20, 2013 at 11:39 AM

"All your forum are belong to us!"
Join Date: Dec 31, 2010
Location:
Posts: 560
Thats great! Especially when considering just how badly earthbound has been overdue for a rerelease.
I'm a beta tester who spends almost all my time on the PC, so I can answer requests very quickly. As for my beta testing skills, I like to say I exaggerate it but it still pays off.

"Wow! The more I drink of this magical beverage, the more games I can play! Wheee!"
Join Date: Jul 25, 2013
Location: A certain Floating Island...(Gotta give this place
Posts: 21
It finally happened!Woohoo!

jibberldd5 said:
Welp, time to get a Wii U!
Click to expand... 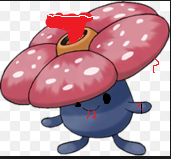