If the last post is over 6 months old, it may instead be a better idea to start a new topic. If you aren't sure about what to do, feel free to ask a staff member for help, or try to locate a 'general questions'-type thread if it exists in this (sub-)forum.
Jan 23, 2015 at 1:09 AM

I have been working on a game for almost a year now. Cave Story was a major source of inspiration for me, so hopefully it will have some appeal for you guys. (If it doesn't, let me know what I am doing wrong)


Dragon's Wake is a 2D Adventure Platformer where you take the role of a newly hatched dragon. At the start of the game you break out of your egg and have to go explore, grow and make friends (and enemies!).

Alright, that's enough bragging from me for now. I better get back to work.

"Life begins and ends with Nu."
Join Date: Aug 28, 2009
Location: The Purple Zone
Posts: 6000
The environments feel a bit primitive. It would do to include more details and organic (non-square) shapes, to give the world a more natural feeling.

At the moment I'm putting together a very 'bare bones' version of the game that only has enough for you to play through the game. I want to finalize my level designs before I start adding in stuff that I might have to redo again anyway.

I'm about four levels away from finishing the basic alpha version. Once that's done I'll check it over to see what major revisions (if any) need to be done, then it will be time to do the decorative stuff.

The trailer was put together with footage from a demo I showed at PAX Prime, so it's not completely spartant, but the final version should look much better. Unfortunately, It will probably be a few weeks before I have any nicer looking stuff to show.
Dragon's Wake - a 2D Adventure Platformer about growing up as a dragon. Available now on Steam!
Jan 23, 2015 at 5:04 AM

"All your forum are belong to us!"
Join Date: May 7, 2009
Location:
Posts: 552
It may be graphically barebones right now, but the game mechanics at it's core looks like good sandbox fun. Best of luck to your project!

"I, Ikachan. The Life and Documentary of the OrigiNAL SQuiD."
Join Date: Oct 6, 2014
Location: Candy land
Posts: 150
Duuude this looks great so far. Like first off you get to play as a dragon which is already a good sign and then you show all this other stuff and it looks great!
But yea like they said improve on the environment and such because a plain world can get boring.

From out of curiosity how much creativity and freedom will we be able to have in this game? Examples like Customization, Choices you make that impact how you play and etc.

"Fresh from the Bakery"
Join Date: Jan 23, 2015
Location: Australia
Posts: 9
Player freedom will be fairly limited I'm afraid. I don't intend to make the player character customizable, and the path you take through the game is mostly predetermined.

That said, there will be choices you can make to affect the story. I'm not going to give details obviously, but as I said before, Cave Story was a major inspiration.
Dragon's Wake - a 2D Adventure Platformer about growing up as a dragon. Available now on Steam!
Jan 25, 2015 at 10:42 PM

Kytin said:
That said, there will be choices you can make to affect the story. I'm not going to give details obviously, but as I said before, Cave Story was a major inspiration.
Click to expand...

So, it'll involve an incredibly arcane and unintuitive sequence of events?

"Fresh from the Bakery"
Join Date: Jan 23, 2015
Location: Australia
Posts: 9
Haha, it should be a lot more intuitive, or at least the consequences should make more sense. ( SPOILER: Seriously, you can save professor Booster's life by NOT helping him?)

The trick will be to realize that there is even a choice to be made.

Kytin said:
My intent is to tell a compelling story almost entirely through the gameplay, with no text or voiceovers.
Click to expand...

That's pretty cool. I own Brothers but haven't yet played it, but another game I played that does that is Teslagrad. There is no text or spoken word in the entire game outside of menus, but the pictures displayed upon the walls and the silent plays strewn about explain the mechanics of the game and the tragic histories of the culture you were born into. I made it special with its silent "speaks for itself" aesthetic.

And you apparently were able to show this at PAX Prime? That's really awesome!
I currently own and administrate a Discord server primarily focused on modding Cave Story.
To download any of my mods, all you have to do is choose a host:
Doukutsu.Club ~ Dropbox ~ Google Drive ~ Mediafire ~ Mega.nz
Jan 26, 2015 at 10:34 PM

"Fresh from the Bakery"
Join Date: Jan 23, 2015
Location: Australia
Posts: 9
I'll have to check out Teslagrad now. Thanks for the reccomendation.

And I was able to show a demo at PAX Prime and PAX Aus last year. It was just one game crammed in a booth with 10-5 others, but I was there.

I won't be going to PAX Prime this year but I do intend to be at PAX Aus (much easier for me since I live in Australia). It should be released by then, so it will be a better demo hopefully.
Dragon's Wake - a 2D Adventure Platformer about growing up as a dragon. Available now on Steam!
Feb 27, 2015 at 1:16 AM "Fresh from the Bakery"
Join Date: Jan 23, 2015
Location: Australia
Posts: 9
Well, I don't spend a huge amount of time on these forums, it is true. Game development takes a lot of time after all.

I'm more active on the TIGSource forums where I also have my devlog. If you want to follow the development, that is the place to do it.

But I am not dead. In fact, I have big news to announce! Dragon's Wake has been greenlit on Steam! A big thank you to anyone here that voted for it!
Dragon's Wake - a 2D Adventure Platformer about growing up as a dragon. Available now on Steam!
Mar 9, 2015 at 6:53 AM

He hasn't been around for a while. Oh well.
Click to expand...

That's not a long time, considering how inactive members are usually - Especially when he's developing a GAME. 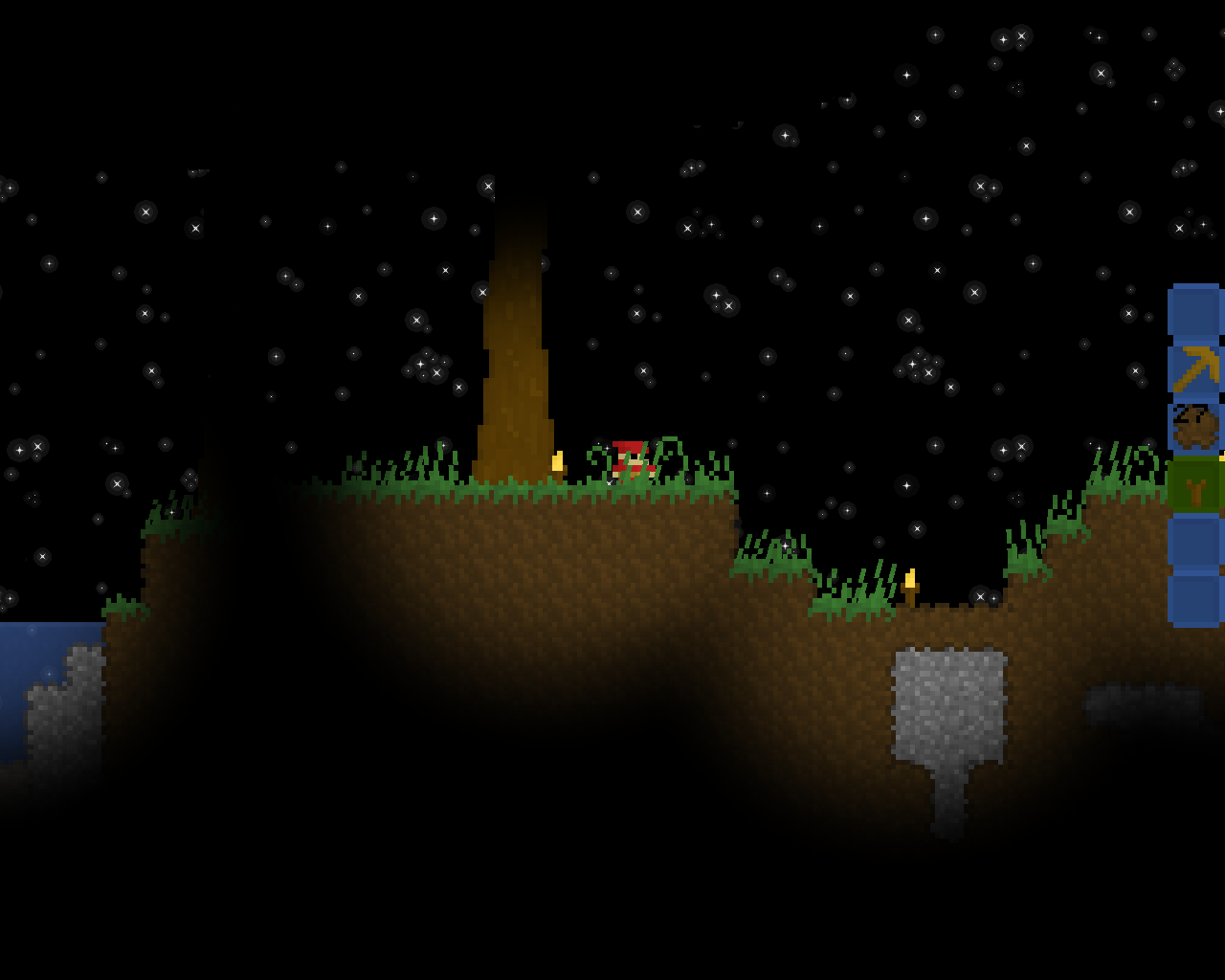 Anuken said:
I don't know what you're using to make the game, but it would be beautiful if you added some shaders and grass ripple effects.

Development is ongoing. I recently updated the trailer to show some of the new content and improved visuals. I thought I might share it with you here.