Cave Story but all guns have limited ammo

If the last post is over 6 months old, it may instead be a better idea to start a new topic. If you aren't sure about what to do, feel free to ask a staff member for help, or try to locate a 'general questions'-type thread if it exists in this (sub-)forum.
Jun 9, 2020 at 11:57 PM

Traditionally, only three guns have limited ammo: the Bubbline, the Machine Gun, and the Missile Launcher. No they all do, moving on.
I'm doing this purely vanilla, no mods whatsoever.

That includes translations. (Side note: why is the cursor green?)

This is how I had that save file set up. If I wanted to, I could snatch a second Polar Star without the handicap from that chest.

Pictured here is a robot being entirely too careful.

The heart container music glitched out here and I don't know why. You'll be able to listen to it when I'm done with the challenge and I turn it into a video.

The monitor is the only way to refill ammo. Trust me, that's gonna be important soon.

I take back what I said earlier. This is what I call being to careful.

Okay, that's the end of the First Cave. Moving on.

I was jumping to the beat of the music. Don't tell me you don't.

Ah, the power of "fwendship".

Bang.
(Continued below because I reached the arbitrary limit of attachments.)

UltraSUPRA said:
(Continued below because I reached the arbitrary limit of attachments.)
Click to expand...

Wait, no, she dies later.

Quote. Bro. It's a bubble. Pop it. Mission accomplished.

I considered not doing it, but I had 99 bullets and my weapon was only at Lv2.

But I still did it, so whatever.

What do you mean the shots go over their heads?!

This is the only enemy in the graveyard that drops anything when killed.

Something about this seems illegal.

Whoops, almost forgot to get the heart container from the YaMaSh*tA Farm!

This is as far as I got today. I'll tackle the Egg Corridor tomorrow, which will inevitably become next week.

I forgot about Cubeupload.

Look at that, I was only one day off!

Alright, I'm at Arthur's House with the Polar Star. It's at Level 1 and I have 9HP. I'm going in.

The first thing to do is to get the Life Capsule.

Pictured here is a robot being entirely too reckless.

Did I just steal from Cthulhu?

I managed to do that entire structure on the left without firing a single shot.

The Missile Launcher will definitely come in handy.

Somehow I forgot that I needed the key card.

I ran out of ammo.

(The rest of the images will be done through Cubeupload rather than attachments.)

It's not often that I pull out the missiles outside of a boss...or in general.

I wonder what happens if you hit a Press or a Basil at over 127 HP. I need to try that.

I lost the keycard. Yes, this is the right way.

If that wasn't a close call, I don't know what is.

I have the keycard again. Let's be smart this time.

That means a lot of grinding.

I'm ready for this.

Okay, I think the problem is the low ammo count for the Polar Star. I'm gonna have to backtrack all the way to Arthur's house.

Okay, just gotta heal up and then I'll get back.

I'm back with a full Polar Star, let's do this.

Nah, I didn't do jack squat for you. いや、私はあなたのためにジャックスクワットをしませんでした。

(If the Japanese is off, it's because I used Google Translate.)

Here we are at the Bushlands.

I was gonna say "that's illegal" again, but this is a delivery service sooooooooo...

Here's your stupid key, now give me your gun.

"Big Joe Tire and Battery Restaurant! Opening Soon! Eat at Big Joes!"
Join Date: Jan 15, 2017
Location: Northern Hemisphere
Posts: 540
Age: 13
cool series i like it!!
i like walruses also i am going to maybe be a tree when i get older i think trees are pretty neat
but i still want to do other stuff trees can't
like not be a tree

"Wahoo! Upgrade!"
Join Date: Oct 30, 2018
Location: O N C E
Posts: 63
If you have more than 127 hp, you just take damage and your weapon just loses all exp
Join the lunar cult today and get a robe absolutely free!

Spam: From Wikipedia
Spam (stylized as SPAM) is a brand of canned cooked pork made by Hormel Foods Corporation. It was introduced by Hormel in 1937 and gained popularity worldwide after its use during World War II.[1] By 2003, Spam was sold in 41 countries on six continents and trademarked in over 100 countries (excluding Middle East and North Africa due to it being haram).[2] Spam's basic ingredients are pork with ham added, salt, water, modified potato starch (as a binder), sugar, and sodium nitrite (as a preservative). Natural gelatin is formed during cooking in its tins on the production line.[3] Many have raised concerns over Spam's nutritional attributes, in large part due to its high content of fat, sodium, and preservatives.[4]

Spam
It has become the subject of a number of appearances in pop culture, notably a Monty Python sketch which repeated the name many times, leading to its name being borrowed for unsolicited electronic messages, especially email.[5]
Jun 18, 2020 at 5:12 AM

I finally got around to editing my save file.

Aaaaaaaaaand I'm being too reckless.

That could have been close.

YA GOT SOME JAM?!

I must be missing something. Better go kill myself.

For got this life capsule. Better try to get it.

That was more trouble than it was worth.

...okay, in my defense, the last time I played Cave Story in any capacity outside of this challenge, it was from Sand Zone onwards.

There you are. I'm gonna fuel up first.

Alright, let's do this.

Now I have your guts.

Turn around, you're headed the wrong way! 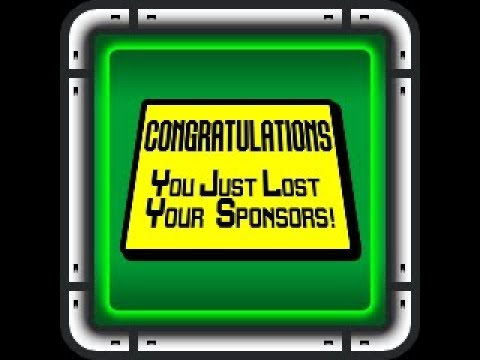 Yes, I got the Bubbline.
This is one of the three weapons that have an ammo limit right off the bat, and unlike the missiles, these reload automatically.
While this technically fits into the rules, it can be debated on whether it should be used.

So I'm gonna use only it for the rest of the Bushlands.

We start by getting more grape jelly.

Santa's state-of-the-art ●charcoal● works great for any grill or explosive!

Let's get some more jelly.

Shouldn't this fireplace be connected to a chimney?

And now back to Quote's criminal life.

You mean the one who actually gives a crap about the island wasn't the one who went on record saying she hates everything on it? What a revelation! 実際に島についてがらくたを与えたのは、彼女が島のすべてを憎んでいると記録に残った人ではなかったのですか？なんという啓示でしょう！

Me? I'm an experiment that got out of control. 私？私は手に負えなくなった実験です。

Rip and tear, until it is done.

This was the last we ever heard of Kazuma and Booster.

Here are their remains.

"Life begins and ends with Nu."
Join Date: Aug 20, 2006
Location:
Posts: 2812
Age: 30
I could barely tell where one post ended and another began while scrolling so I've gone though and stuck all the images in spoilers, and I'm going to request you continue doing that also from now on. Looks to be going fine otherwise though

FortniteLover2 said:
can you beat cave story polar star only with 10 ammo
Click to expand...

FortniteLover2 said:
can you beat cave story polar star only with 10 ammo
Click to expand...