If the last post is over 6 months old, it may instead be a better idea to start a new topic. If you aren't sure about what to do, feel free to ask a staff member for help, or try to locate a 'general questions'-type thread if it exists in this (sub-)forum.
May 3, 2018 at 3:03 AM

Thought it was interesting. If we could get some translation of the text, that would be great.

"Big Joe Tire and Battery Restaurant! Opening Soon! Eat at Big Joes!"
Join Date: Sep 22, 2012
Location: Hell
Posts: 532
These are already on the beta images page for all I know.

For some reason, the spoiler breaks on the title, so I'll just tell you it directly. It's "Ulagawa in the cave story Ulagawa, past works Supplement"
The article is put in a [working] spoiler, because it is long as hell. 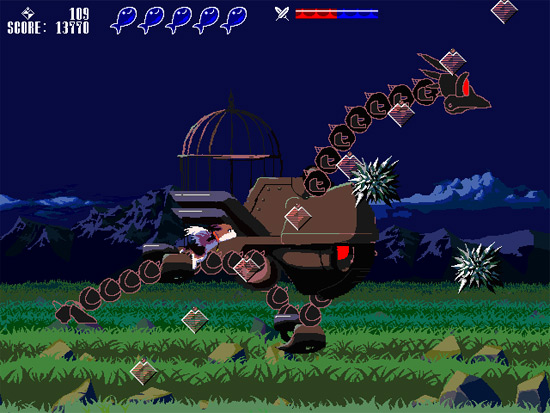 Doggy Wyvern (1998)
Work made for presentation of the team in campus, created before 'Azarashi'. It is made up to 2 faces. It is probably unpublished outside campus. Move left and right with the cursor keys, flapping in z, throwing fish in x (up to 5 can be saved in power up) Horizontal scroll action shooting. At the moment when it was announced, a huge grove broke out at the big hall that entered from 800 people.

, I made it all by himself, regardless of team creation, a ridiculous breathtaking piece. It was very difficult to balance the operation of flapping and sump shots, and it was not possible to clearly clear until we cheated during the presentation. Recently Taniya taught me happily, "Actually the ears are moving differently while they are going up and down."

Squid (1999)
Game that gave up giving up the alpha version of the cave story, first trying to complete small things one by one. The main development site is a hospital room. Although I was talking with tuberculosis at the event, it suffered from the previous year, which was pneumothoria at this time. After Sai-chan released, I have been re-hospitalized with pneumothorax recurrence. Because I was hospitalized for a while, our classmates were worried that he would be retired and went to petition for advice to the teachers. Today's squid is not a squid, but in the original text of development, there is a description "Squid is squid".

As an aside, there is a period during which the "Rockfish" under development is also being developed at the hospital . When asked if I was to be hospitalized if I made a game about the ocean, Tianya was relieved. 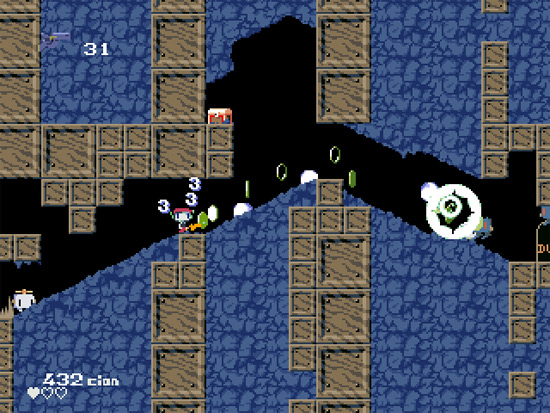 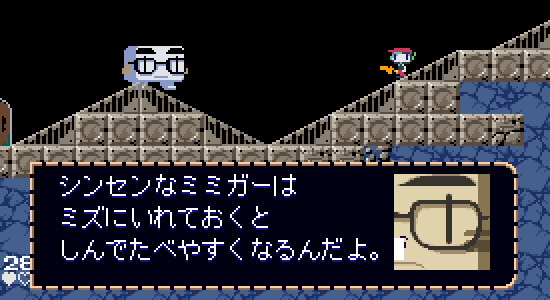 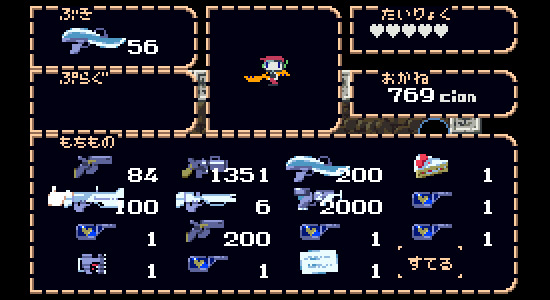 Cave story beta version (1999-2002)
A beta version that seriously pulled out that I was going to throw away what I made up so far as I heard that it will be rebuilt. The map is also different, the story is completely different. Those who saw the event noticed that the soap was overflowing from the boss to the Zocochara (although there are lots of other things). In addition, Barurog's prototype "Pooh" also appeared as "Pooh Black" in the released cave story.

The type of weapons was also quite large, and the puzzle-like element that it advances with the proper use of weapons rather strongly was stronger (in order to break up the wall, climb the wall, aim and attach from the gap etc). It is also characterized by many severe surprises in severe. The main differences from the released cave story are as follows.

As I pointed out again, as nao points out, there is less refreshing feeling, the flow of the whole is difficult to understand, and it is understood that the tempo is not good because the item screen must be opened frequently. However, "blade" and "cynical blade" which are prototypes of "sword" have a considerable refreshing feeling.

What? (1999)
During the event, there is an exe file that looks glittering when looking for Doggy Wyvern. So Mura and me, whispered in a loud voice saying "This, this!", But it was not published because it resisted as "this, different ..." "Ya ... ..." as a maiden. Surrey and jealous jokes program. In a sense it is a work he seems to be. There were also other exe files that sing Happy Birthday on a dark screen.

By the way, it seems that there was a thing like that such a joke program was set up in a PC of a friend of a dorm, and what made a mistake What keeps password locking and keeps screaming all the time PC
Last edited: May 8, 2018
Hi. I've changed my name a couple times on this site, so I'll just list them here.

I have also gone by: Binary, Jacred, Mikado