If the last post is over 6 months old, it may instead be a better idea to start a new topic. If you aren't sure about what to do, feel free to ask a staff member for help, or try to locate a 'general questions'-type thread if it exists in this (sub-)forum.
Dec 24, 2013 at 8:58 PM

"Fresh from the Bakery"
Join Date: Dec 24, 2013
Location: USA
Posts: 12
Age: 21
I don't know if this is supposed to happen, but when I picked up the Missile Expansions in "Egg Corridor?", I was given another Missile Launcher with a max of 5 missiles. So I now have the Spur, a Super Missile Launcher (max ammo 20), the Fireball, the Bubbler, the Nemesis (went ahead and picked that up), and another missile launcher (max ammo 10). It will only display 5 weapons in Save Editor and Cave Shark, so i can't seem to get rid of it without removing another weapon. Is there another editor I can use to fix this? Or is this supposed to be part of the game (I can't imagine it is, though, considering that the weapon sprite goes out of the inventory when viewing it.)

NOTE: I am playing the fan translation of Cave Story for the PC. Everything else works like a charm. Nothing else seems to be broken.

Goerge Bobicles said:
wow, this has never happened to me, what version of cs are you playing?
Click to expand...

I am playing the original version of Cave Story.

Goerge Bobicles said:
I really don't know what to say, have you tried to do it a second time?
Click to expand...

Yes. I've tried it about 53 times now, and it keeps happening.

jed1ndy said:
Yes. I've tried it about 53 times now, and it keeps happening.
Click to expand...

what?
check out my bad mods

"Life begins and ends with Nu."
Join Date: Aug 28, 2009
Location: The Purple Zone
Posts: 6000
> save editor
I'm going to assume that therein lies the root of your problem

Did you use an editor BEFORE you encountered this glitch?
I currently own and administrate a Discord server primarily focused on modding Cave Story.
To download any of my mods, all you have to do is choose a host:
Doukutsu.Club ~ Dropbox ~ Google Drive ~ Mediafire ~ Mega.nz
Dec 25, 2013 at 6:06 AM

> save editor
I'm going to assume that therein lies the root of your problem
Click to expand...

he was using that to try to get rid of the excess missile launcher, you know

anyways, i dont know why you keep getting that problem. is a flag somehow set to where the game thinks you dont have the missile launcher? both of the rocket expansion boxes in egg corridor(?), including the one in the egg observation room r(?), lead to <EVE0030, which is the script that gives the missile launcher.
Dec 25, 2013 at 2:25 PM
S
Slither
Professional Whatever

"Life begins and ends with Nu."
Join Date: Jan 13, 2011
Location: Lasagna
Posts: 4489
There is a flag that's set when you get the launcher, but that's for the refill station. If I remember correctly the code should check for both the missile launcher and the super missile launcher before giving you the former. I might be wrong about that though.
EDIT : USER WAS WARNED FOR THIS POST
Dec 25, 2013 at 5:08 PM

"Fresh from the Bakery"
Join Date: Dec 24, 2013
Location: USA
Posts: 12
Age: 21
...I think I found my problem. I DID, in fact, use a save editor before my problem occurred. In the Labyrinth, after Booster is teleported, I fell down the pit in Labyrinth B. I was NOT going to fight Monster X all over again, so I simply edited my save so I didn't get the Booster 0.8. However,, by doing so, I forgot to check the box that stated I got the Super Missile Launcher, and so, when I went to "Egg Corridor?", the game recognized I didn't have a Missile Launcher, so it gave me an impossible sixth weapon. I will be creating a new "Profile.dat", the same as my old; however, I will fix this glitch so I have 30 missiles on the SML. Thank you for the suggestions. To show my gratitude, here are some long overdue screenshots. 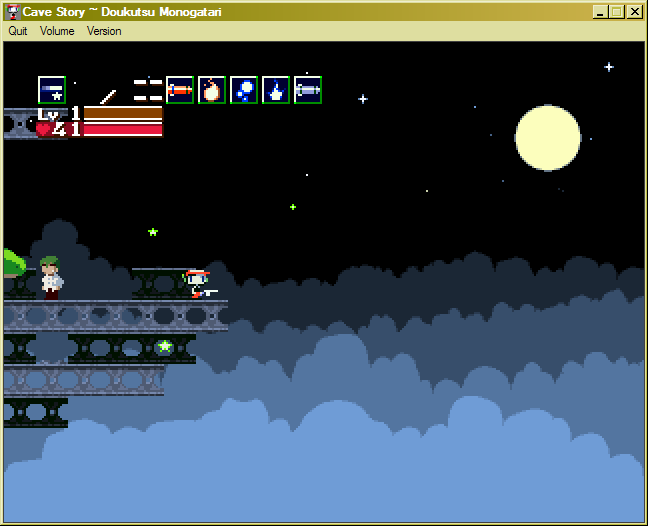 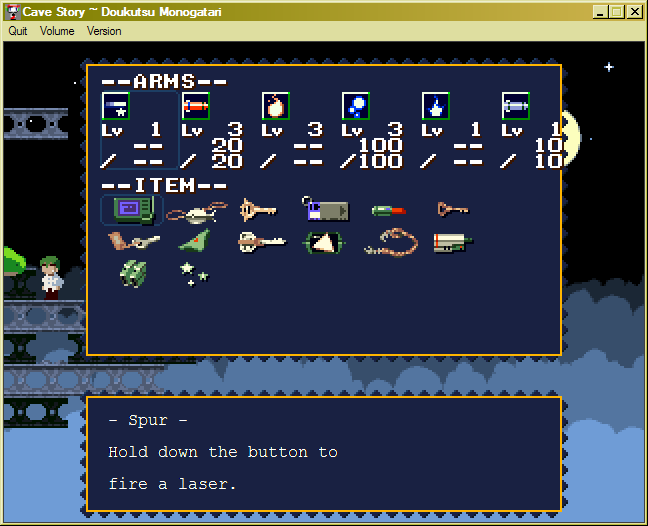 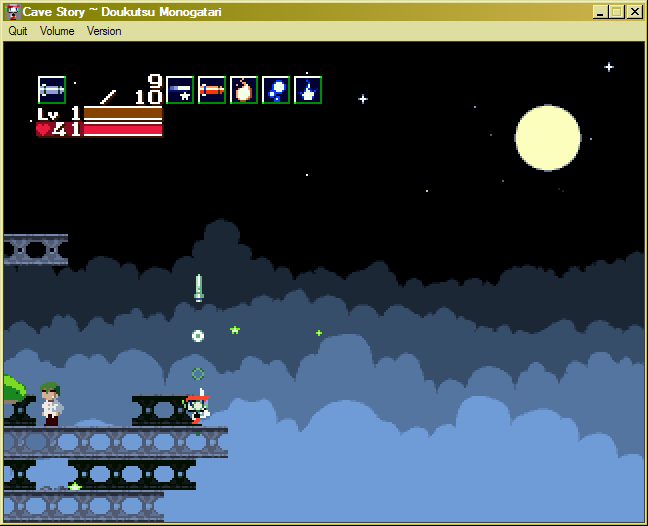 "That dog!"
Join Date: Apr 5, 2013
Location: In my mind and of my body.
Posts: 1633
Age: 23
But iirc the missile refills dropped by foes only refill the newly acquired missile launcher.